RUNNER and OPFA-WASTE Joint Workshop has been successfully concluded 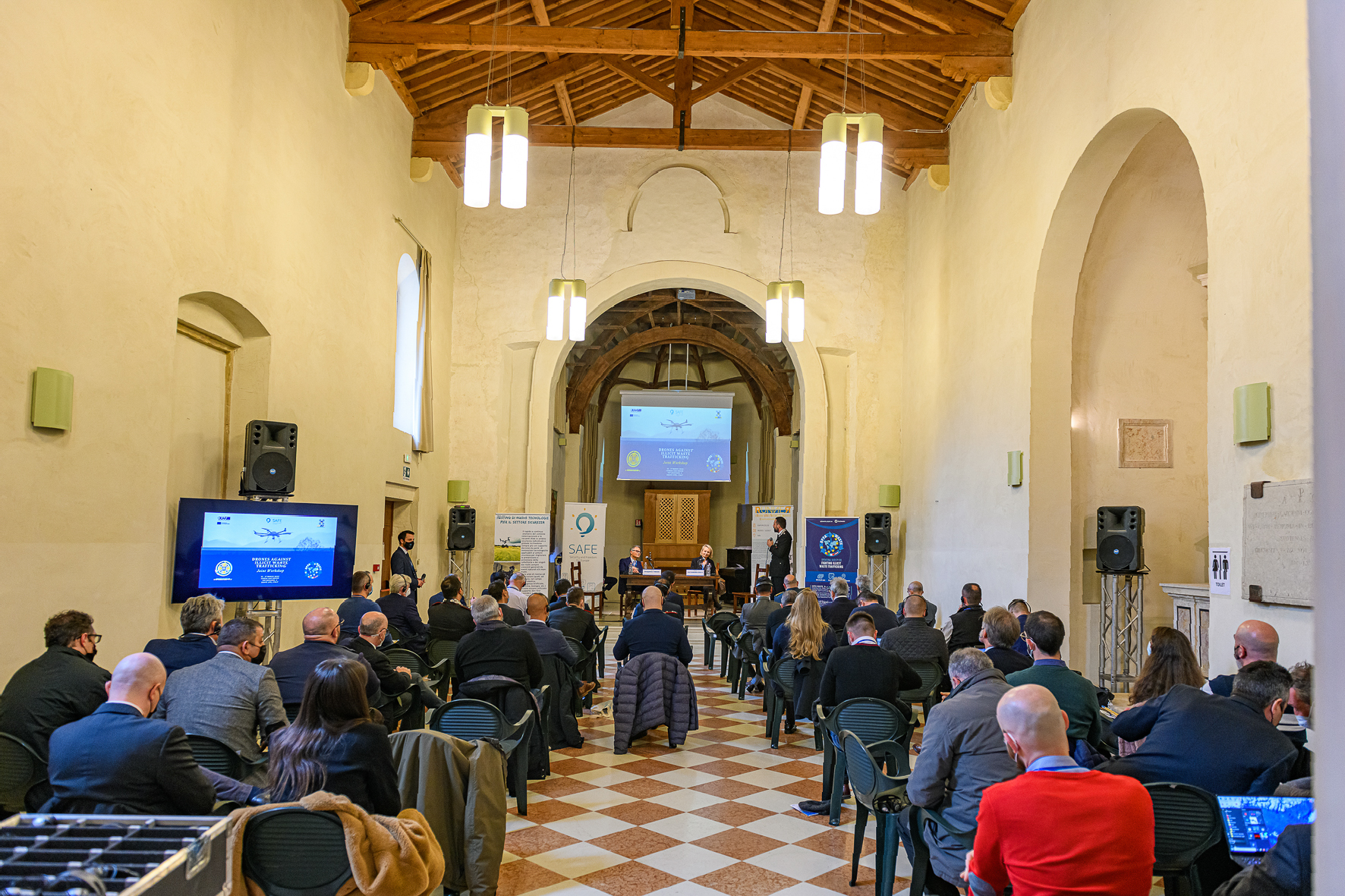 A great chance for practitioners from law enforcement, academia and private sector to meet and discuss on fighting environmental crimes: this was the heart of this 3-day Joint Workshop, called “Drones Against Illicit Waste Trafficking”. The workshop, funded by the EU anti-fraud office (OLAF) programme HERCULE, was held at SAFE HQ in Soave, Verona (Italy).

To learn more about the event, we interviewed Federico Benolli, Project leader on behalf of SAFE Foundation, who oversaw the organization of the Joint Workshop.

Q: What do you think was the highlight of this 3-day Joint Workshop?

A: First of all, we were excited to welcome more than 70 practitioners from fifteen EU and Mediterranean countries. The workshop was a great opportunity to open dialogue and communication among actors from different sectors involved in the fight against Illicit Waste Trafficking; this allowed the exchange of information and experiences from multiple perspectives.

Q: The workshop boasted the presence of high-level speakers in the field of IWT. Were the main objectives of the workshop reached, and if so, what were the most significant achievements?

A: I am glad to say that not only our objectives were achieved, but the workshop results went above and beyond. We initially planned to organize our workshop in three phases: an institutional opening, a session dedicated to innovative technologies and approaches and finally, operative simulations and discussions about guidelines.
Not only all the participants managed to benefit from the different experiences and point of views of the participating stakeholders, but they were also able to share their opinions and foster synergies.
The audience had also the chance to discuss with high-level speakers, thanks to the attendance of distinguished representatives from OLAF, Interpol, FRONTEX. Moreover, judges and prosecutors from Europe, Algeria, Egypt and Tunisia were able to participate thanks to the synergy with another SAFE-managed training project part of the EU Euromed Justice programme. The participation of the US Department of Justice Environment and Natural Resources Division added further value to the discussion.

Q: The workshop was rich in discussions and roundtables, but we also saw a practical drone simulation at the former NATO base Calvarina. Can you tell us more about this simulation?

A: The third and final day of the workshop started early, when the participants were brought to the former NATO base Calvarina (the new training and testing facility managed by SAFE) to participate to several drone demonstrations.
The first simulation gave them the chance to observe a drone physically flying at the Calvarina base, but piloted from Malaga, Spain.
The second demonstration showed some technological capabilities of the drone unit of the Turin Police, who piloted a drone able to collect high resolution images from a high altitude integrated with a control system able to monitor large space areas and identify potentially malicious drones. These skills are fundamental to protect citizens, especially during big events.
Then, a new technological solution was presented, a hybrid drone. This innovative approach allows fixed wing drones to take off and land vertically, ensuring effectiveness in complex scenarios.
Lastly, the AMAA architecture company presented, for the first time to the public, its collaboration with SAFE focused to realise a futuristic modernisation of the Calvarina base, to create a new, leading-edge training & testing centre in service of the community.

Q: Do you have any final remarks on the event?

A: The workshop was a great success, and I am proud to say that we saw great enthusiasm about the event. This was also confirmed by the two parallel sessions on guidelines implemented during the third day, during which participants expressed interest in the enhancement and following exploitation of the presented guidelines.

I’d like to thank the OPFA-WASTE Project for its contribution in co-organising this joint Workshop and the DronEUnit initiative for its endorsement.
A special thanks to OLAF and the EU for making the realization of this outstanding event possible. 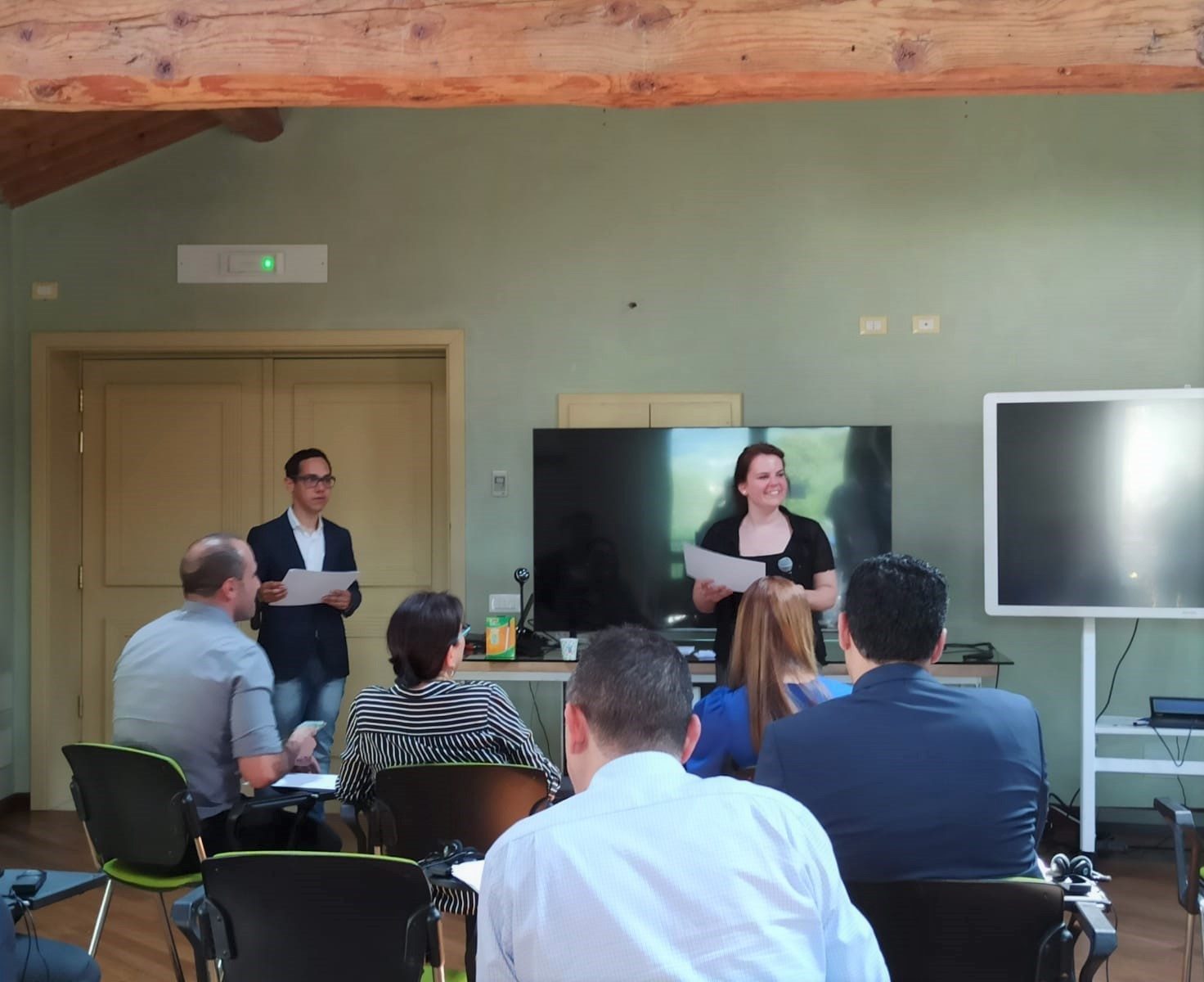 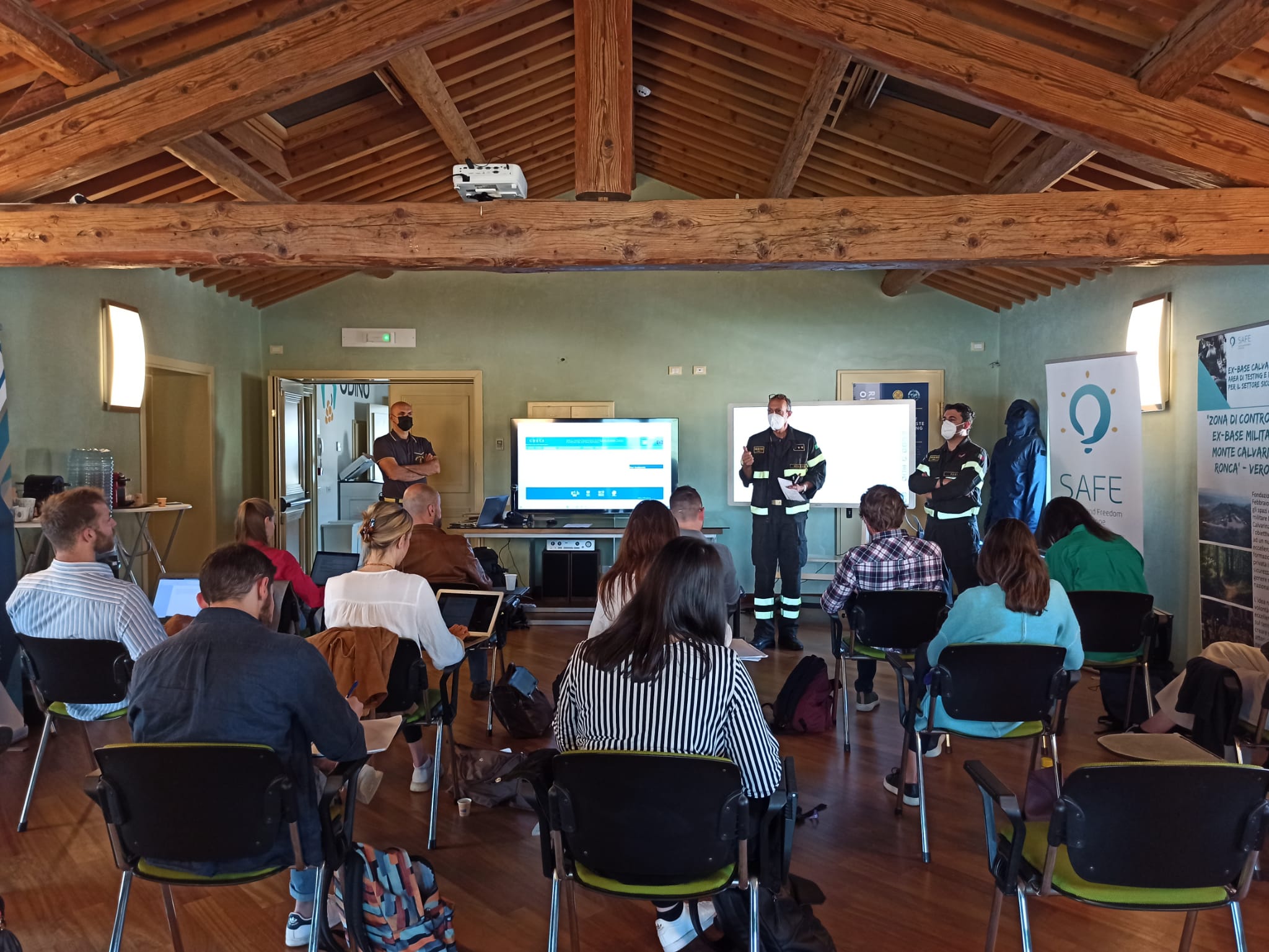